Spotify wrapped was a lot of fun for me - I'm a sucker for personalized music listening data. However, the 200 song playlist is too broad to fully capture the musical character of my year. I decided to narrow it down to my ten favorites and write a bit about what made each of them stand out to me. The list is not in any particular order - instead of a numerical ranking I've attempted to encapsulate each song with a unique superlative. Also if it wasn't clear, these are songs that I listened to in 2020, not necessarily songs released in 2020.

Here's a Spotify playlist so you can listen along: 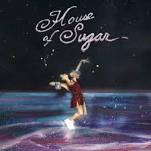 Southern Sky was my most listened-to song of 2020. This was hardly a surprise to me. Of all the songs on the brilliant House of Sugar album this is the one I came back to over and over again - sometimes literally on repeat.

Like all of Alex G's best songs it has this hard-to-pin-down quality of being inscrutable yet deeply familiar. The experience is something like déjà vu or the uncanny feeling triggered by those “liminal space” images of depopulated indoor settings. It's as if I have impossible memories of this song from long before its creation. The lyrics are somewhere between nursery rhyme and zen koan. I can't articulate what any of it means but it has a pleasing symmetry and a warm emotional resonance. Musically it's all built on the sturdy frame of an acoustic folk song with a stomping down-strummed rhythm. On top of this are dense layers of stringed instruments and human voices. The vocal harmonies in particular are frisson-causingly gorgeous.

What makes Alex G's music consistently fresh and exciting is its unpredictability - even the seemingly straightforward songs are liable to take sudden turns into unmarked territory. Southern Sky ends with an instrumental section that resembles what else but Ring Around the Rosy on an out-of-tune piano and in this pocket universe it not only makes sense but seems downright obvious.

Most likely to recommend to a stranger 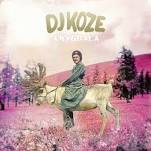 A warm and blissful gem of a song that was on constant rotation throughout my spring and summer. I chose this song as “most likely to recommend to a stranger” because it's poppy enough to be immediately likable, and confident enough not to hide its eccentricities. It's just the right level of “gateway weirdness” you can use to test the waters before taking greater social risks with the aux cord.

On repeat listens you come to appreciate the exceptional spaciousness of the composition. It begins with a full thirty seconds of a capella before the beat drops. The bass is deployed sparingly at the precise moments that will deliver the biggest serotonin hits1. The middle section of the song, trusting the charisma of its wistful meandering vocals, leaves them almost completely unadorned. For the finale we wander off the sunbeaten path. A faint shaky drone and an alien drum breakdown create just enough tension to maximize the impact of a drop so nonchalantly satisfying it feels wrong to even call it a drop. Homesick is a masterful example of the “less is more” ethos. 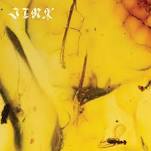 The superlative for this song was an obvious choice - it has an unassailable zero-perceived-effort coolness. Lila Ramani's voice rises in curls of incense smoke over a laid-back bassline, pillowy synths, and a crisp downtempo drumbeat. It's all so weightless you barely notice the deftly shifting time signatures underneath.

I noticed that my top-10 picks this year were all short songs - only one of them runs longer than five minutes - and this is the shortest of them all. Yet it manages to create the sort of dreamlike atmosphere other bands might cultivate over the course of a 10-minute odyssey. There is no wasted time here. The elements are few but well-placed: a brief synth overture, two run-on sentences worth of lyrics, brief guitar interludes. It ends with some heavily processed horns playing precisely enough blue notes to avoid smooth jazz and land firmly in psychedelia. I almost wish it was a 10-minute odyssey because I want to stay inside of its world a little longer. 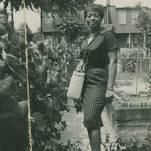 Standing at a distance this song is tight, melodic, clearly off-kilter but almost poppy in it's catchiness. It's not until you look closely enough to make out the individual parts that you appreciate how delightfully weird it is - and that's the genius of it. The bassline repeatedly tumbles down without going anywhere. Everything moves in a subtly-lurching rhythm that coyly avoids landing exactly on the beat. What appears at first to be a retro keyboard on that “doo” voice setting turns out to be looped and filtered backing vocals. We are occasionally interrupted by fits of guitar shredding. The whole thing is barely over two minutes long yet packed with so many musical ideas and oddities you can discover something new on every rewind. Perhaps most impressively though is how it avoids the perennial prog trap of coming across as academic and stilted - for all its idiosyncracies it sounds welcoming and joyful. 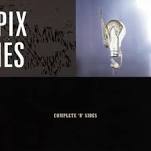 Doolittle is an old favorite album of mine that I've been revisiting for a full decade. This new-to-me version of Wave of Mutilation appeared on one of my algo-generated playlists - a surprise discovery that became one of my most played songs of the year. In general, I am a sucker for alternate versions, demos, and outtakes. Many are admittedly just curiosities to be collected by supernerds, but at their best they have the power to tease out entirely new moods or meanings from familiar elements.

The “UK Surf” version of this song reveals melancholy notes largely hidden in the brisk spiky guitar jam of the original. The mood is the bittersweetness of a long prepared for goodbye. The imagery is the sun setting over a business park and rising over the ocean - either crossfaded or superimposed. The arrangement is spacious - steadily chugging bass, dryly echoing drums, and ripples of reverb-drenched guitar. Centered against this uncrowded backdrop are the lyrics. The song has a clear story by Pixies standards: from beyond the grave the narrator describes casting off the burden of corporeality to permeate the worlds oceans in an undersea fairy-tale afterlife. The chorus hints at a grisly crash scene, but we are reassured that it was merely the prologue to an ongoing story. It's an oddly uplifting sentiment for a plot that begins with a suicide - a brilliant bit of songwriting that leaves unresolved the tension between death & rebirth, tragedy & joy. 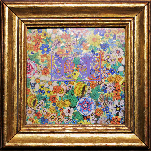 A luminous example of the sort of slow-burning lo-fi guitar song I am emotionally defenseless against. The lyrics read like a brief journal entry jotted down in a mood between melancholy, angst, and hopefulness. The slow strummed chords crackle and spark under the weight of something too intense to be neatly contained, and too delicate to survive if its rough edges were sanded down. The feeling I get is close to the scent-triggered nostalgia that hits on the first warm spring day of the year - filled with the trickling ambience of ice melting on pavement. I'll be putting this song on ~feels~ playlists for the next decade. 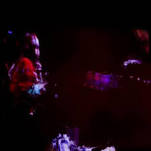 This is my most recent musical discovery to make it on the list - it's the only one that wasn't actually in my top-200 Wrapped playlist because I'd only discovered it a couple weeks earlier. It is perhaps fitting that I found this so close to the new year - of all the songs on my list it is the most hopeful and forward-looking.

The guitar playing here is sublime - repetitive patterns that fall and rise into shining swells, following the contours of Deakin's soaring vocals. The melody has this unfolding quality with multiple pre-choruses opening into one another, building upward momentum before cresting and receding. The feeling is determination tempered with the humility of struggling against a personal darkness. Of being vulnerable yet newly and quietly unbreakable. It's the sort of song I'd describe as “spiritual” without knowing exactly what I mean by that. 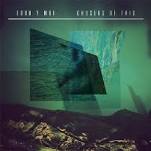 Toro y Moi's Causers of This was the definitive soundtrack of my summer. The album has a remarkably unified mood and colour palette and it was difficult to choose a single stand-out to include in this list. You Hid won me over as the song that best distills the qualities that make music sound like summer. It's an aesthetic I can best describe with visual and filmic metaphors. It's gauzy and slightly-out-of-focus - it's the color of bright sun through closed eyelids - it's daytime bokeh photography - it's a pavement heat shimmer.

The best moment in the song comes about halfway through: the last plea of the chorus hangs unresolved in the air and a guitarish synth melody cuts through the mix like direct sunlight in the sudden absence of breeze. This song is so neurally entangled with hot weather I can practically hear the sound of my underpowered and overworked standing fan. I'll be putting this on summer playlists for the foreseeable future. 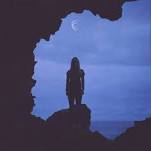 Perhaps the most obvious choice of all the superlatives, this song fucking rules. It's four minutes and thirty-eight seconds of pupil-dilating uncut dopamine. It's the soundtrack of every traffic light turning green even though you're not in a hurry. It's a training montage before you fight God. It's the aural equivalent of doing something cool in slow-motion. This was my go-to motivational jam this year, supplying the energy I needed to battle brain-demons or just clean my apartment. 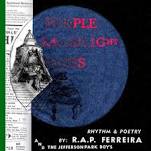 I listened to a ton of Milo's music this year. His catalogue has such a consistent vibe and level of quality that I find it hard to name stand-out songs - I usually just put on a whole album or a shuffled mix. This song is a delightful exception to that rule - an irresistable earworm that was constantly stuck in my head. There's not much that needs unpacking here - none of the endearingly obtuse hyper-literate wordplay of a typical Milo song - it's about literally doing laundry. The mood is happy and reflective. The beat is charming and bouncy. My library now contains two indie hip-hop songs about mind-wandering while doing household chores (the second being Dishes by Open Mike Eagle). It's a niche that 2020 revealed a newfound demand for: music that uncomplicatedly celebrates simple moments of joy in outwardly boring parts of the day.